Entrepreneurship. A buzzword that either inspires like a life changing lecture or spooks like a perfectly executed Halloween prank. But what does it really mean? Can it be experienced without risking it all? And what would happen if a variety of fields came together to innovate? In 2007 the brainchild of the Kauffman Foundation, Global Entrepreneurship Week, was announced as the world’s opportunity to celebrate the entrepreneur in every person so they could provide solutions to the world’s problems. At this time, 77 countries have officially joined the movement. For the first time, Orlando, FL will be joining with a collaborative week long un-conference and partnership events called: The BIG Exchange.

How It Started in Orlando

Co-organizers Shea Glenny and Ryan Mickley attended a conference together and walked away, well, yearning for a bit more substance. Discussing it at a local coffee shop, Shea and Ryan identified that they wanted to host their ideal conference. It’s mission would allow anyone to explore their entrepreneurial spirit while addressing some of the community’s most pressing problems. Encouraged by a neighboring customer, Ryan and Shea discovered they were on to something pretty big. Less than a year later, the duo have pulled in 4 other millennial visionaries from a variety of fields to pull off this year’s celebration of entrepreneurship. With a focus on the power of bringing the unique gifts of each participant, the ultimate goal will be to create a sort of cross-synergy that allows true innovation to occur.

Once registered, participants will self identify as Makers, Artists, Thinkers, or Educators. Then at the kickoff, participants will form groups of 8-12 and creatively solve a problem during the week. In addition to problem solving, participants will have access to workshops held throughout the greater Orlando area and partnership events throughout the city. At the Friday Showcase, teams close out the week with a presentation of their solutions and be in the running for a $30,000 prize pack.

Why you NEED to be there

First, just to meet the organizers and the people they have brought together. Aside from the fact that the Vision Board has developed into a close knit group, every sponsor they approached loved the idea and have found a way to support them. Second, the format of the conference will allow participants to come out with as Christa Rensel, a Vision Team member, stated, “A healthy rolodex of some of the most amazing people in Orlando.” Third, being an entrepreneur is risky business. Participants can try it out in a safe environment while learning processes on how to build something from a tangible idea. As Shea has been known to say, “you don’t have to be an entrepreneur to use entrepreneurial principles.” And if nothing else, $30K of prizes are at stake here. That’s better than any costume contest.

What if you can’t be there?

The whole week is being recorded, live-streamed, and live-tweeted. Also, anyone can submit a pressing problem that they believe should be addressed by November 10th. Get ahead of the game by following @Big_Exchange on Twitter and liking Big Exchange on Facebook.

If, somehow, you aren’t convinced check out the video below or peruse their website. 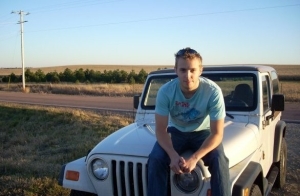 Ask Mack Kolarich about his most significant memory of his time as a backcountry ranger in Washington state and you’ll hear the torment in his voice as he debates between two of them. The first, a hazy smoke filled sunset walk in the woods and the eerie howl of the not so distant wolves, the terrifying beauty of it being something he’ll never forget.  The second, was a trek to Horseshoe Basin where a couple thousand waterfalls, snowpacks and glaciers provided the most incredible connecting to nature experience. 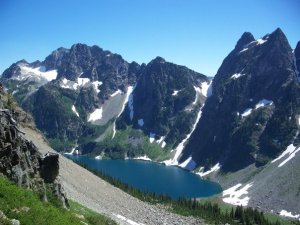 Embarking on 8-10 day long treks to maintain a national treasure, is something Mack’s dad always wanted to do. In true millennial fashion,  Mack took the hint to avoid living life with regret and spent a college summer putting out fires (literally) and underwent worldview shift that resulted in a stronger sense of self reliance. That self reliance has served the Political Economy major from Carleton College as he is now building his third startup company, Scenesquid a D.C. based company that handles posting event information on the behalf of its clients.

The founding organizer of DC Start Up Weekend, is by far one of the greatest advocates for young people striking out on their own and starting their own business. As we have seen how “the man” has become increasingly less reliable and less caring of their employees, starting your own business has become somewhat more reliable. In a world that is becoming more competitive as exceptional talent from other countries come online, having the control of your own destiny is becoming increasingly necessary.

Although a stress inducing idea, Mack is optimistic about the outlook for millennials. “The number one edge millennials have is growing up in the digital world. It’s important for our generation to grab onto tech skills, know basic coding. We need to have that baseline of tech savvy as that is where our world is heading. As they say in hockey, don’t skate to the puck but skate to where the puck is going.” With those skills and flexibility, no matter where the economy goes those skills build much needed resilience.

However, millennials face several serious challenges. Student loan debt increases the perceived risk for an already risky endeavor and motivates many to find more stable jobs until they can pursue other projects. Competition is only going to become harder as India and China produce more graduates than ever before. Short attention spans and armchair activism generates a level of complacency that could impede creativity.

But, for all of these drawbacks millennials possess several qualities that are creating a demand for a drastically different lifestyle from our parents. The insatiable curiosity and willingness to try new things will naturally push our generation to constantly innovate and allow for new companies, products, etc. gain traction much faster than in the past. As Mack said, “that is our most valuable edge.”

Would you agree with what Mack has to say about Millennials? Post your comments below.

Since returning to my hometown of Orlando, I have been trying to check out all of the resources available to startups and enterprising individuals. Earlier this week, I participated in the Melrose Center’s General Orientation to gain access to their video editing resources and what I found literally blew my mind. Made possible by an extremely generous donation by Dorothy Lumley Melrose and her family, the Orange County Library in Downtown Orlando was able to build a $1 million tech facility for it’s patrons.

From the second you step onto the second floor, you are drawn to the smiling face of Dorothy Lumley Melrose and the inviting glass wall behind her. Once you step through the glass doors to the 26,000 square foot space, you forget that you are in a library and get the bug to build something. With your Orange County Library Card, or for a small fee, members have access to a live recording studio, a professional television studio with green screen, sound booth equipment, a photo studio, an impressive array of classes, a simulation room, and, my personal favorite, a 12ft by 8ft interactive media wall.

Although the specifics of what they offer is impressive, the fact that all of it is free (aside from the conference room) is game changing for startups in the area. Equipment and collaboration space are some of the highest barriers to entry when starting a business. Having free access to both? It’s a life saver. This access, in addition to a GoFundMe campaign to address Orlando’s seed fund problem, are crucial pieces building explosive growth in Downtown Orlando’s startup sector.

Are there any other tools that you believe are necessary to build a thriving startup community? Do you know of any other areas that I should feature on my quest to find some of the best resources for entrepreneurs? Post in the comments below or email me directly at marissa@millennialtakeover.com.

For access to equipment and classes, the Friends of the Orange County Library provide financial support to make it happen.

A little while ago, I had the chance to meet up with a new friend Bradley Bulifant. This business management major from the University of Florida has had quite the adventure. From being a recording artist to managing large scale events to finally, developing The Solar Games; a mobile racing game aimed at supporting solar panel grids for rural villages in Haiti. But how does one go from majoring in business to launching a triple bottom line mobile app? By paying very close attention.

Bradley Bulifant of the Solar Games.

Once Bradley left his band, he went to work providing reconstruction solutions in the wake of national natural disasters, like Katrina in Louisiana and Charley in Florida. In between disasters, Bradley capitalized on the free time to pursue other projects. First, it was aiding the development of a sister city relationship between Gainesville, FL and Jacmel, Haiti as a response to the 2010 earthquake. Over time, Bradley became increasingly involved with all things Haiti with somewhat regular travel and interacting with the artisan community. When he was state-side he began to notice that apps and websites were making some serious money through ads and partnerships. Seeing the desperate need for energy paired with incredible revenues generated from mobile business, Bradley with some early members of Grooveshark began to pursue a mobile game that could connect a player to solving a social problem.

Since 2010, the development of the startup has faced many challenges. But the dominant issue, as it is for any startup, has been funding. Without a salaried team, Bradley has relied on help from friends and students who were looking for real world experience, and bit by laborious bit, the Solar Games is becoming a reality. Tapped to be a member of the Clinton Global Initiative with their commitment to action, Bradley’s work with the Solar Games is truly a disruptive way to funding development projects.

As any founder can attest to, you cannot come away from building something without a few nuggets of wisdom. In Bradley’s case, planning and goal setting have been crucial to his success. He urged that it doesn’t have to be a 50 page document, but rather a realistic timeline to keep the project on track. Developing a community to market your project too has to be included in that planning process. That community is what will help you during crowd funding, constructive feedback, and the marketing phases. In addition to community, having a solid pitch, and putting your ideas into concise wording will only help you refine what you are looking to achieve.

With the formal launch around the corner, Bradley and his team are racing to meet their goals. If you are nearly as excited about this game as I am, like their page on Facebook to keep up with the team and get an exclusive look at what goes into building this app.